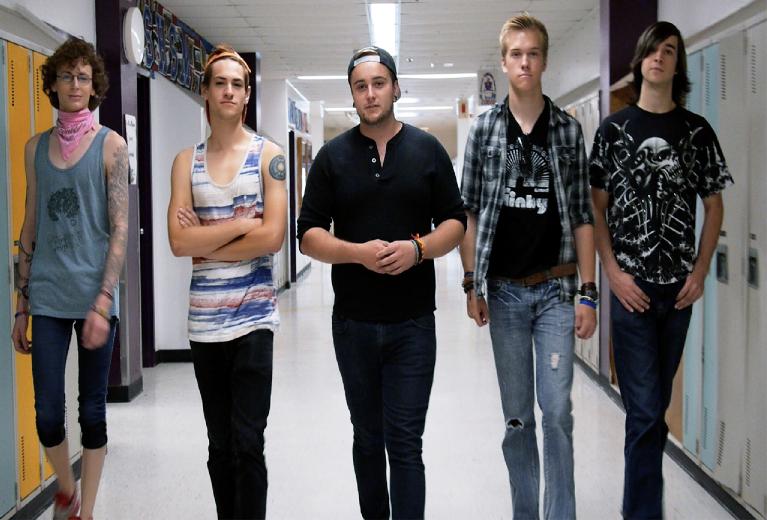 An Engineer and Educator by profession, Kerry has spent his career teaching graphic design and television broadcasting. Over that time he has produced numerous television shows and movies, many dealing with the challenges that youth face growing up. His hormonesTV series is a recommended curriculum resource in two provinces and has also been recognized by the Canadian Task Force on Teen Pregnancy. Kerry’s company, Dream Weaver Communications Inc. was formed with three of his former students when they developed one of the first graphical email systems and sold it to Apple Computer.

Now in retirement, Kerry has more time to work with youth on special projects. A speaker on bullying, cyberbullying and GLBTTQ acceptance for the Ontario Secondary School Teachers Federation, and frequent supporter of queer organizations within the region, he was asked if he could develop a full feature film to help closeted gay youth with their transition into the community. Twelve months, sixty-six pages of script and countless hours of shooting, editing, and tweaking, later. “Queer” is the unique result. A narrative story in itself, it teaches as it entertains.

Taylor Hallman made his acting debut at the age of six in Annie. Since then he has continued to develop his stage career while extending his abilities into the TV realm. His most recent appearance being an extra in the movie House At The End Of The Street.

As an actor, Taylor has the natural ability to quickly become the character that he is playing, resulting in an amazing performance every time. As a youth, he is an outgoing fun-loving young man, often the centre of attention. He is a strong proponent of sexual choice and is always willing to help others. Currently a student at Concordia University in Montreal, he continues to work on his future as a writer. His dynamic outgoing personality, good looks and natural way with people make him ideal for the role.

As a character, Aiden attracts attention from both sexes, but is fighting to figure out his true sexual identity. We follow him as he is exposed to the joys and harsh realities of both the straight and rainbow communities. He sides with the bullies so as not to stand out but at the same time likes to gossip with the girls and is turned on by the six-pack guys. Only time will tell his evenutal fate.

Keigan Buffett has been acting for over a decade, with experience mostly gained on the high school stage, in addition to time spent behind and in front of the camera with the school’s drama department, and morning announcements program, Laurier Live. He’s just graduated from Sir Wilfrid Laurier Secondary School in Ottawa, and is now enrolled in the Commerce program at the University of Ottawa.

Keigan jumped into the role of Danny, feeling somewhat starstruck but confident that he was capable of filling the big shoes of a co-star. He’s always been very comfortable on stage and has a notable presence on the internet, lightly contributing to anti-homophobic activism blogs while also exercising some activism on his own. Right now he’s well into writing his first graphic novel.

As a character Danny is open, comfortable and passionate about the LGBTQ cause and helps to awaken Aiden’s mind to the amazing, virtually unlimited community of people which it holds. He helps Aiden to find himself and the person he is to become.

Ember Jane Vail is a novice actor in her role as Justine, the cross dresser early on in the movie, and later as Aiden’s drag queen friend. She is a natural for the part and always seems to know just how to stage her role and say her lines to give the most impact or comedic presence.

She is a transgendered youth, currently undergoing medical transition. A graduate of the Chef Training Program at Algonquin College, Ember is honing her skills to enhance her current position as a cook at a local retirement residence. In her spare time she is also a musician/writer in both folk and punk bands.

As a character, Justine opens Aiden’s eyes to the diversity of youth under the rainbow umbrella. She is a strong supporter of the idea that it’s not important where you fit into the GLBTTQ lifestyle, but more that you feel positive about yourself and your sexuality. Comfortable with her own lifestyle, she helps to convince Aiden that no matter what your preference or activities, they always have some positive aspects.

Taylor-Jessica Kelly is making her movie debut with this production. She has, however, performed previously in the Sir Wilfrid Laurier Secondary School Concert Band and Choir, and has since graduated to lead roles in local musical productions; as Dorothy in Russell’s Association of the Performing Arts (RAPA) Wizard of Oz and as Janet Weiss in Rocky Horror.

Taylor-Jessica spent four years completing her Honors in Sociology with a minor in Religious Studies at the University of Ottawa and then carried on to get her teaching degree. Her involvement in many different human rights activities and personal experiences in high school, paired with her bubbly personality and caring nature make her the perfect candidate for the role of Emma, having lived through many aspects of the movie in her youth.

As a character, Emma is that self-confident youth that is phased by nothing. She’s Aiden’s best friend and supporter, even when it means going out on a limb for him.

Scott Norris is the farthest thing from a bully but does an excellent job playing the part. With extensive experience both in front of and behind the camera lens, Scott graduated from Algonquin College in Broadcasting. He is currently a member of the very successful 6 piece Post Hardcore/Metalcore band Of Reverie, in the Ottawa area.

As a youth, he is a friend to everyone and always loves to have a good time. He is a strong supporter of anyone who is bullied and one of the first to challenge the aggressor. It was therefore only after considerable arm-twisting that he agreed to take this role which is definitely out of character with his personality.

As a character, Francis is the typical homophobic bully. He takes every opportunity to pick on the little guy, the outcast and the student who even has the slightest feature that might suggest he is gay. He is abusive both verbally and physically and doesn’t hesitate to publicly humiliate his target. He is even agressive with his teachers and continually challenges authority.