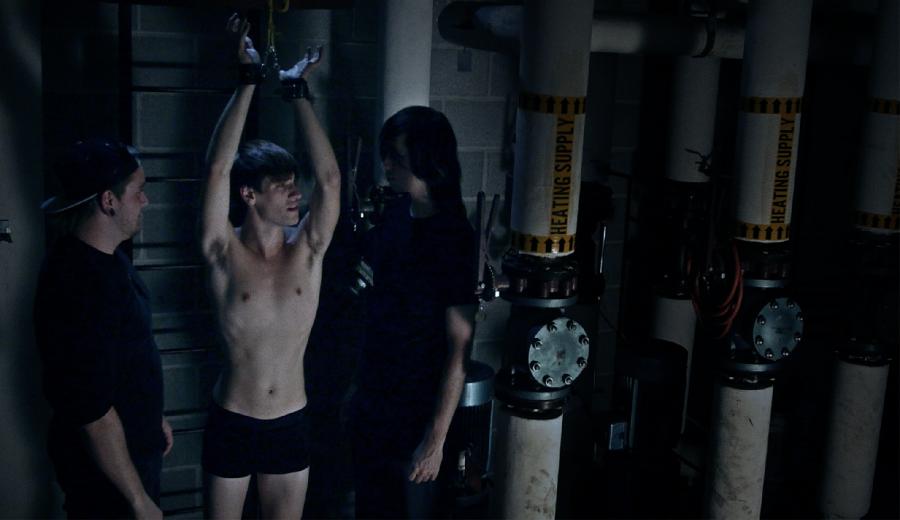 I'm Just Me is a specially edited version of the award-winning movie Queer It has been prepared specifically for use in schools. A set of slides is also available to help initiate follow-up discussion on the topics raised by the movie.

It's really difficult to grow up in today’s world of high technology, absent parents, limited jobs, and exponential information growth. It's even harder if you're queer. From the moment that you start questioning your sexuality you're battling your conscience and questioning if it's really true. You wonder and worry about coming out, fearing that you'll loose your friends and possibly even your parents, You're afraid of being bullied or even beaten up. You also question the lifestyle you would be entering and the stereotypical image that the media portrays of queer youth. You are fighting a war between what your heart, hormones and possibly even physical characteristics are telling you and what many members of society find acceptable. You are fighting to be yourself.

On the completion of it’s last short called “I’m Not Gay”, a number of organizations asked if Dream Weaver would consider producing a movie to try to help closeted youth better understand the community and just what it means to come out. Now, over five years later, “Queer” is being released as a full-length high definition narrative feature on the life of a closeted young man. Director Kerry Chalmers, in his feature debut, worked with a team of dedicated and creative youth crafting this unique and informative approach to exposing closeted and newly out individuals to the trials and passions of taking their first steps into the queer community. Dedicated to Jamie Hubley, a young man who took his own life, after continually being bullied in his search for acceptance, it is hoped that Queer will not only entertain but also educate along the way, thus making the transition both easier and safer for others.

o most, Aiden (Taylor Hallman), the focus of our story, just seems like a normal teenager. He hates having to get up in the morning but loves to stay up all night, dislikes the way his mother (Marie-Claire Thauvette) pries into his life, can't totally relate to his father (David Hallman) who seems to be out-of-date, and thinks of school more as a place to catch up on his sleep and fool around with the guys than somewhere that you learn. What they don't see, however, is the double life that he is living.

Trapped in a nightmare world full of homophobic bullies, people who want to cure him, and a teacher (Greg Taylor) who seems determined to make his life miserable, Aiden, a closeted queer youth is forced to come face-to-face with his 'deviant' sexual ways. The question is will his adventures with Danny (Keigan Buffett) the charismatic and popular queer boy in town and Justine (Ember Vail), a G-string clad trans youth solve his lust for love, or will he succumb to the physical, verbal and digital barrage of abuse led by Francis (Scott Noris) the bully and from the judgmental world around him, and his fate become much more terminal.

Dedicated to Jamie Hubley, a young man who took his own life, after continually being bullied in his search for acceptance, Queer tries to accurately portray the angst that is felt by closeted and recently out youth in the community.